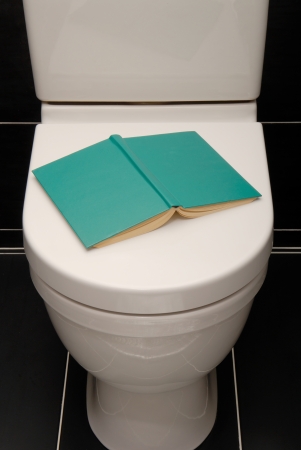 What your toilets habit says about you

As humans we are known for our habits. Some of these habits are good and need to be sustained whilst others are negative and need to be changed. Research suggests that this takes a little over two months-66 days to be precise, for a new habit to be formed. This does depend on factors such as the individual in question, the new behaviour and the situation. Overall, a change in habit could take from 28 days to 254 days. In life, there are popular bad habits such as nail biting, nose picking, swearing and eating fast food. On the other hand, popular good habits consist of exercising, eating healthy, brushing twice a day and being responsible with money. Similarly, we also have good and bad toilet habits and some of these say a lot about us or our personality.

Here are some popular toilet habits and what they say about us.

1) Checking your work emails whilst having a poo: The rise of mobile phones and tablet devices have made us more attached to the internet world. Having a quick peep in your work email whilst doing a ‘number two’ clearly shows you find it hard to switch off briefly in life.  It could also indicate that you have a poor work – life balance. It is important that you dedicate the few minutes to answer the call of nature without any distraction from email.

2) Leaving the toilet lid open when flushing: As we’ve covered in a previous blog, flushing with the toilet lid left open will lead to an easy spread of germs which are transported from the stray water. This is a bad toilet habit that makes the toilet more unhygienic and messy. Do you flush with the lid open? If the answer is yes, then you just might have less consideration for your environment and you enjoy seeing the water pressure and rush that comes with flushing.

3) Ripping the toilet paper neatly: Toilet paper is a common feature in toilets but can also cause great mess if not properly used. Some individuals use the toilet roll and leave them unwound all over the floor. They either rip the toilet paper with wet hands, creating uneven edges or leave residues of nature on them.  On the flip side, if you hang or rip the toilet roll along the dedicated lines,it does indicate your artistic and hygienic side. You like a masterpiece and have consideration for the next person, hence you take great delight in neatly hanging and ripping the roll. There are a variety of toilet habits formed around the toilet roll.

4)Spending too long in the toilet: it is believed that people in the UK spend a shocking total of 121,625,350 hours in the washroom every week. This is a combination of having a bath, pee and poo. If you’re notorious for spending quite a long time in your toilet, you could be viewed as a perfectionist, wanting to ensure you’ve let out every unwanted excess from your bodyand also ensuring the toilet is way cleaner than you met it. On the other hand, spending a long time in the toilet could portray you as someone that takes things at a very slow pace in life.

5) The location of the stall you use in a public toilet: When you walk into a public toilet, do you choose a urinal or a stall closest or farthest from the entrance? Or do you normally go for one in the middle of other stalls or urinals? This tells a lot about you. Going to the closest cubicle could depict your boldness and that you’re not shy of the limelight. For someone that chooses to go for the farthest stall, you could be viewed as someone who avoids the limelight and would rather operate behind the scene. Those that choose the middle often prefer the safest route in life and like things in moderation.

These are a few toilet habits that say a bit about us as individuals; they take time to be formed and slightly more time to be broken. It is good to leave the toilet better than you met it so users after can enjoy a clean toilet.