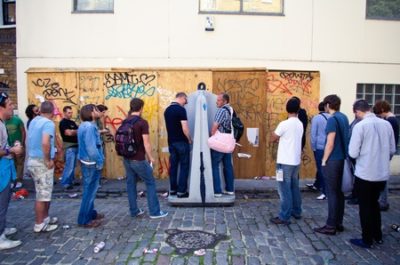 5 Common causes of festival toilet queues and some useful tips

A popular music festival such as Glastonbury always considers the provision of toilet facilities as a priority. With an attendance of over 135,000 people, providing sufficient loo facilities is always a challenge leading to the customary queues to answer the call of nature at some peak periods. The organisers have improved on the number and variety of toilet facilities provided at the most popular UK music festival. A few years ago, there were about 1,500 long drop toilets on the festival site which comprised cubicles which were built above a gigantic pit, accompanied by about 3000 portable toilets and just over 3000 compost toilets. The festival team also added urinals and shepees to the toilet facilities.

There are about 700 meters of male urinals located across the site. The female urinals are known as Shepees and they are looked after by Water Aid volunteers. At present, the Glastonbury site states that there are over 1,300 compost loos and 2,000 long drops and plastic portable loos. There are also disabled toilets with adequate wheelchair access which are locked to prevent them from being misused by revelers. This clearly indicates that the Glastonbury leadership team has made giant strides in increasing the types and quantities of toilets accessible by festival goers.

In 2017, the festival organisers in conjunction with Water aid went a step further to add the dream toilet which was the first of its kind. Regardless of this progress,queues for the loo are still a common issue during the most popular UK music festival. Let’s have a quick look at the common causes of toilet queues at Glastonbury and other music festivals and useful tips to overcoming these.

2) Toilets close to stage: We often do not really want to travel far to use a toilet. This could easily lead to the buildup of queues at toilets that are closest to the stage.In most cases, toilets that are farther from the stage tend to be less busier and in most cases empty.

3) The British art of queuing: it is well known all over the world that the Brits are spontaneously attracted to queues.  Research suggested that with queuing, six is often the magic number. People generally wait for six minutes in a queue before quitting or giving up. Also, findings from the research reveals that people are less likely to join a queue with more than six people. This revelation may not be applicable to all scenarios as we’ve seen pictures of longer queues at music festivals and shopping malls. Regardless, the British are renowned for their love of queuing at the slightest opportunity which is likely to create a buildup of queue on a ground when there are likely to be empty festival portable toilets or shorter queues a few meters away.

5) Poor maps or site guide: Organisers of music festivals that fail to provide an adequate guide or site maps of available toilets and their locations will lead festival goers to assume there are fewer toilets and that queuing at the closest toilets is the best option as opposed to walking a few meters to an empty one.

1) Visit the toilet at less busy periods as you avoid answering the call of nature at the end of popular performances.

2) Don’t just get attracted by the queues at the nearest toilet, go a few meters to slightly farther toilets that may be empty.

3) Revelers or festival goers should contact organisers to make adequate provision for Shepees or female only loos.

4) Try to avoid eating curry at the opening night of the festival to reduce the number of times you’ll need to poo.

5) Wake up early to use the loo before the demand builds up.

Overall, these tips will help you avoid the long loo queues that can be present at some festivals.