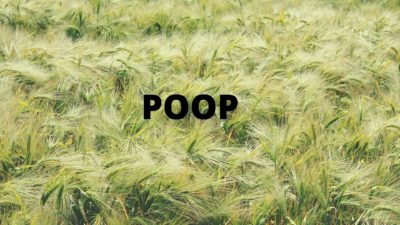 We’ve covered a previous blog on the common names used for a toilet in different parts of the world. It interesting to uncover the various terms used for having a poop. These terms could be formal or informal as the case may be.

1) Doing a number two: We’ve used this phrase quite a bit in previous blogs. As it is largely understood that number one is urinating and number two is having a poop. It could be perceived to be more informal and used at home or in a more familiar setting. You can comfortably say this if you’re at the pub having drinks with friends or watching a sports game with the lads at home. Number two (pooping) in this case does not necessarily play second fiddle to number one (urinating). It could be that number two takes longer to complete and leaves behind a powerful smell depending on diet and body metabolism.

2) Emptying bowels: This could also be used as an expression for visiting the toilet. It could either be used in a formal or informal setting but the meaning will be pretty clear to those familiar with the term.

3) Handle some business: This is an open-ended statement that can have a variety of meanings in different scenarios.  It could be said to someone you’ve built a degree of familiarity with than someone you’ve just met for the first time.

4) Destroy the toilet: It is quite informal and may be said by someone with a history of discharging an offensive smell after doing a number two. This is not destroying the toilet but leaving behind an odour that could make the next user defer for a few minutes.

5) Decorating the toilet: This tends to add a positive spin to using the toilet. If said during the Christmas period, people unfamiliar with the saying may assume one is planning to decorate the toilet with candies and snow globes.

6) Make underwater sculptures: You don’t have to be an artist or the creative type to use this phrase. It provides a more subtle and imaginative way for saying you’re going to do a poop

7) Sending fax: Faxes are not as popular as they were a few years ago. It is a great way of making going to the toilet sound more like communicating with someone on the other side.

These are a few euphemisms or ways of expressing your intention to answer the call of nature.