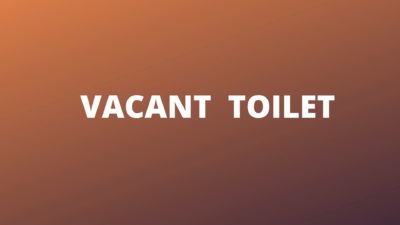 How public toilets are underutilised during a pandemic

The economic impact of COVID-19 is evident with massive declines in the stock market and other investment products such as pensions and Individual Savings Accounts (ISAs). The outbreak led to The Dow and the FTSE experiencing the greatest fall since 1987. The world’s largest economy, the United States of America saw about 701,000 people losing their jobs. This is 601,000 more than the expected job losses in March. The last two weeks of March witnessed over 10 million Americans filing for unemployment insurance.

Economic analysts are forecasting the COVID-19 pandemic could result in an unprecedented level of unemployment, eclipsing the age of the Great Depression. GDP is predicted to decline by a staggering 50%. Here in the UK, the economic impacts of the pandemic cannot be overlooked as the British Chamber of Commerce (BCC) predicts business investment is anticipated to contract by 0.7%. The decline in investments is largely down to the uncertainty on the future of trading conditions. As a nation, export growth is predicted to be its lowest since the 2009 recession and household spending is expected to be at its worst since 2011.

Partners from Deloitte attest that the hospitality industry is one of the worst-hit sectors during this pandemic. Countries imposing travel restrictions and border closures have dealt a negative blow as UK hotel occupancy has declined by an average of 23%. Hotels in London are suffering from a 42% drop in occupancy levels. Hotels in Europe are experiencing an occupancy drop of 40%.

The above data highlights the negative impact COVID-19 is having on the world economy as it sends many governments to introduce subsidies, reliefs and economic measures to mitigate the effect. We believe public toilet usage is at its lowest during this period due to the preventive steps taken by the government around the world to contain the spread of COVID-19

The COVID-19 pandemic is having a negative impact on the world economy and our lives in general. It has also contributed to limited usage of public toilets due to restrictions to movements and business operations.