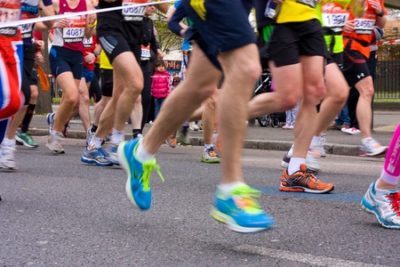 A look at London marathons runners to portable toilet ratio

The London Marathon is among the world marathon series and is considered one of the most popular 26 mile race in the world. About 40,000 people ran the route in 2016 and 50,000 people in 2017 and a similar number are expected to pound the streets of the capital on the 22nd of April, 2018. A crucial aspect of this race planning and management is ensuring there is a good runners-to-toilet ratio, to prevent any unnecessary queuing that is likely to negatively affect the overall experience. This race attracts the elite runners who also compete in other world marathon series, athletic championships and Olympic events. It also has non-professional runners, -first-timers and the average Joes seeking personal accomplishments.

Organisers of this marathon are confronted with huge logistical challenge as they constantly figure out the appropriate number of portable units required and the best locations to place these facilities.

Runners to toilet ration the Virgin London Marathon of 2016

The London Marathon of 2016 has some interesting facts that will likely overwhelm organizers of smaller races. During the 2016 event about 750, 000 bottles were drank, over 40, 000 medals were supplied, the runners gift bag had a total of 600, 000 items in them which were shared by those who completed the race. Other interesting race facts were the presence of about 80 pubs close to the course, about 5,000 bin bags used and approximately 300 litres of road paint used by the organizers. Most importantly, the marathon management team hired about 1,200 portable toilets and 400 urinals for over 40, 000 runners.  In the usual manner, these urinals were placed at the start of the race for all the make runners to have a pee and release race nerves. In total, the marathon hired 1600 portable toilets for 40,000 runners which is an average of about 25 runners to a unit.

Runners to toilet ratio during the London Marathon of 2017

For the 2017 London Marathon, the organising team hired a total of 1263 portable toilets and 400 urinals. These urinal bays were placed at the starting section of the race, which is similar to previous races. In total, there were 1663 toilet units hired for the event for a total of 50,000 runners. In the previous year’s marathon there were a total of 1,600 portable toilet units with a marginal increase of 63 facilities. On the other hand, the total number of runners improved by an extra 10, 000 which leads to a total of 50, 000 marathon participants.  This results in a 30 runners to a portable toilet ratio which fell short of the previous year’s 25:1 correlation.

Overall, the total number of hired portable urinals in 2016 and 2017 remained constant. While we saw a slight increase with the portable toilet units with an additional 63 units added to the 2017 event. Nonetheless, both races fell short of the 10:1 runner to toilet ratio. A ratio of 25:1 or 30:1, could easily cause longer queues during a major running event like the London marathon.