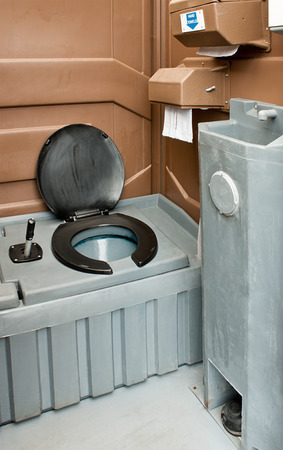 Public toilet seats- fight or flight for your life?

Walking into a public toilet always creates a bit of uncertainty as we are unsure about the state of these loos. We open the doors of these toilets and stare at the floor to gain an early assessment of the sanitary state of these public washrooms. The toilet seat is also of interest as we look to ascertain whether the seat is down or up, and it also depends if the toilet is gender specific or mixed. In the case of female toilets, meeting the public toilet seat down is not of much concern as compared to their male counterparts. In the male toilet, when you meet a toilet seat down you’ll be wondering if there has been splashes of urine. This makes the case of either taking flight by avoiding using the toilet or having a fight by coming up with a safe way of using the toilets.

Options in confronting a toilet seat

The case of fight or flight is less likely to surface if you’re among the first group of people to use the public toilet after it has been cleaned. On the other hand, if you visit the toilet after many have answered their respective call of nature you are likely to be confronted with the toilet seat episode. Individuals deal with this in a variety of ways. Some come fully equipped with wipes or sanitizers to clean the toilets before seating to perform the task at hand. The second group of individuals will consider squatting over the toilet seat as the most hygienic thing to do and go all out to exercise their quads as they answer the call of nature. The third group of people cover up the public loo seats with toilet rolls with the belief that it will protect them against any bacteria or urine splatter. On the other hand, the final set of individuals can’t just be bothered about moving around with wipes or sanitizers in their bags, and feel that hovering over the toilet seat is just too much effort and having toilet rolls on the seat is unhygienic. They decide to just sit and answer the call of nature.

Should I be scared of sitting on a bare public toilet?

As earlier stated, sitting on a portable toilet can easily send shivers down the spines of some due to the thought of meeting damp tissue on the seat or some splatters of a stranger’s pee. Contrary to our fears of an infection, it is revealed that bacteria present on toilet seats cannot be easily transmitted via skin. Bacteria tend to thrive in damp, wet or porous parts of our body like the eyes and mouth. This is why it is important we wash our hands after using the toilet to prevent the transmission of bacteria to our eyes or mouths. With this revelation, you should not be scared to sit on a public toilet and you could adopt any of the above mentioned strategies such as hovering, wiping or using it bare. Placing toilet roll on the seat is not an advisable option as it could easily lead to the spread of bacteria.