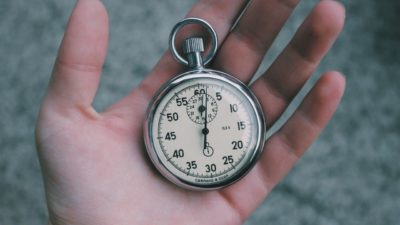 Urinating is a regular activity we undertake on a given day. Imagine life without the ability to pee or empty your bladder. It will be a nightmare. We are usually expected to urinate around 6 – 7 times a day. The number of times will slightly differ amongst people based on the amount of water they consume.

Usually, it is considered normal to urinate between 4 to 10 times. It is a great range that should accommodate the majority of the population in a given area or neighbourhood. Users that fall outside of that range might indicate a sign of kidney issues. Other medical conditions that can trigger an abnormal rate of urinating include urinal bladder problems, diabetes mellitus, pregnancy, prostate gland issues or severe anxiety.

These may not be conclusive but are possible reasons for a urination disorder. Have you ever been in a situation where you had to quickly or slowly urinate more than your average time? There could be some possible reasons why a person breaks the 20-second rule to pee. Let’s quickly look into this rule and explore conditions that contribute to users breaking this benchmark or guideline.

In reality, we are expected to pee in 20 seconds. Hope that did not send some shock waves down your system? Next time you visit the toilet to urinate, you could set a timer on your wristwatch or stop-clock. This is easier to execute at home than in a public facility. If your stopwatch test indicates you are exceeding the 20-seconds time range, then it could be due to a slow release of your pee. Meaning, you are likely holding your pee for too long.

On the other hand, assuming your average pee time is below 20-seconds, it indicates you are probably visiting the facility too often. Using the toilet too often could be an indication of high fluid consumption, kidney disease or urinary tract infection as earlier mentioned. Although sometimes we could develop a habit to use the toilet for a wee before our bladder and urinary system have developed a strong urge to do so. That sort of habit can easily contribute to spending below the 20-second mark whilst emptying our bladder. We will look at some habits we’ve developed that could result in us breaking the 20-second rule

1) Going for a premature pee before a meeting or a journey: Sometimes we want to prevent the need for a pee during a long meeting session or journey. The thought of excusing ourselves during a meeting or stopping during a road trip to pee is overwhelming and uncomfortable for some. This can lead to a magic pee or emptying our bladder long before the need arises. This is likely to contribute to a below 20-second pee time record.

2) Using our phone whilst having a wee: The use of a phone in a public facility is one of the poor hygienic behaviour that needs to be addressed by those who still act in this manner. When we are scrolling through our social media feed or replying to an email whilst peeing at the same time, our attention becomes divided and we end up slowing down the pee process. This attitude would likely lead to a pee time that exceeds 20-seconds.

3) Public toilet anxiety: Some people are not comfortable using a public toilet. For those who deal with this concern, it could take them more than 20-seconds to urinate. As the first few seconds could involve their body and mind adjusting to an uncomfortable environment before the excess liquid is released in the urinals or bowls.

The 20-second rule is a good guide to gauge if we have poor toilet habits that require addressing or a medical situation that calls for professional intervention.