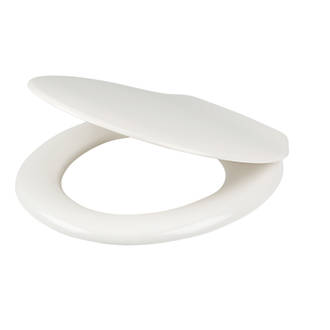 Should men put the toilet seat down after use?

We tend to discover interesting and differing habits when sharing a private or public toilet with the opposite gender. The toilet seat debate is quite common in gender neutral or private toilets. Men are usually guilty of leaving the toilet seat up while women prefer them down. Both parties have logical reasons behind their respective habits. The drive-by universities and other public locations to implement gender-neutral toilets have brought more attention to this debate. Gender-neutral toilets are being put in place by these institutions to negate any discrimination transgender people usually encounter.

Natural position: What is the natural position of a toilet seat? Men are more likely to have it up and women down. It all comes down to perspective. Men can put forward a list of reasons as to why the toilet seat cover is designed to be at an elevated position. On the other hand, their female counterparts can piece together an argument as to why a seat cover is made to conceal the seat and not expose it. Our beliefs regarding the traditional or original position of the toilet seat cover ensures the debate between the male and female gender will be ongoing.

One-touch rule: Are you aware of the one-touch toilet rule? It is a rule that applies to the highly debatable toilet seat. It is expected that both men and women should touch the toilet seat once and not twice. Men embrace this rule more as it means they can raise the toilet seat cover for a wee and leave it in the position for the next user in a private or public facility. A two-touch rule takes place when a man raises the toilet seat for a pee and lowers it back into position after use. Some women are convinced that men should replace the toilet seat in its original state after use even if it requires two touches.

A Single line of thought: Despite human consideration, we can be set in our ways. Thinking in a certain way and expecting everyone to be on the same path. For men, there is a single thought pattern of having raised toilet seats. These men will subconsciously assume that every other toilet user prefers to have a toilet seat up. Women can also fall into the same boat which ensures this debate remains alive.

This is not a debate that will lead to a winner or loser anytime soon. It is a matter of perspective as both parties have convincing reasons behind their respective actions.