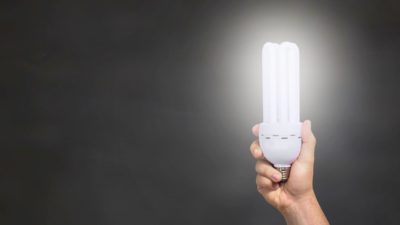 The benefits of LED Light in a portable toilet

The invention of lights has enriched our lives immensely. Imagine a world where you’re expected to use old-fashioned lamps to navigate your way around a public portable toilet. It would have been a painful and inconveniencing experience. It assumes that you had no option to use the torchlight found on a mobile device. You’ll generally be put off from using a public toilet when you anticipate the hassle of relying on a poorly lit lamp.

Well, we’ve got some good news for you. The world is far advanced, beyond the era of lamps and now in a lightning age of LEDs. Mobile toilets can be built with either regular or LED bulbs. Do you know how both differ? Let’s quickly run through the main differences.

The difference between LED and regular light:

It is essential to understand the meaning and technology around LED lights. These lights are light-emitting diodes and are a semiconductor light source that transmits light when energy travels through them. Usually, electrons in the semiconductor merge with electron holes, leading to energy transmission in photons.

LED lights have apparent differences from their incandescent counterparts.

Firstly, LEDs are considered to be more energy-efficient as they generally produce less amount of heat. Additionally, they release light in a more non-360 manner. More like in a path-based or directional way.

Price and availability are two essential areas both lighting systems differ. LEDs are considered to be more expensive and less accessible than traditional bulbs.

The lifespan and maintenance requirements are two areas where both systems differ. LEDs can last longer and are expected to function for up to 100,000 operating hours or ten years, to be precise.

Benefits of LED lights in a portable toilet unit:

1) Safety: Personal safety is essential when using a public toilet facility. Users will enjoy an optimal light service and be less prone to encounter a poorly lit facility. Also, the led bulbs are keys likely to require the attention of the portable toilet maintenance company.

2) Environmental friendly: The efficient way LEDs utilise energy and release heat makes them very kind to the environment. The more portable toilet units are designed with this lighting system, the better our environment

3) Enhances the ambiance of the facility: Some LED lights can be adjusted to produce a variety of lighting or dimmed to reflect or impact the mood of the toilet. Overall, they have more features and tend to be sophisticated compared to incandescents