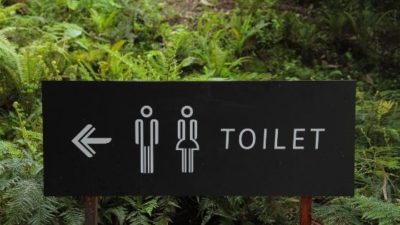 The environmental impact as Britain loses 50% of its public toilets

We’ve all used public toilets at some point in life. Even the most toilet-shy individuals use these facilities when they are so pressed and there are little to no alternatives. There are communal facilities at malls, train stations, public parks and a host of other places.

Britain boasts of sufficient public units which instill some degree of confidence for users. Unfortunately, the number of these facilities are on the decline as it is believed the nation has lost over 50% of standalone public toilets in the last 10 years. This is a staggering number that calls for concern. Too many toilets are closing for a variety of reasons. On a higher scale, it will affect disabled people and users with chronic illnesses. The effect also extends to the elderly, students and the general public at large.

The environmental challenge of reducing the number of public facilities

With the rate of closure of public toilets, users still feel the natural desire for a number one or two. They say desperate times demand desperate measures. In some extreme cases, people resort to handling their business in bushes in city parks, obscure spots in train stations and car parking lots.

It is not uncommon to be rudely welcomed and awakened by the stench from human stool and the unpleasant odour from dried-out urine. The smell from the urine is quite unfriendly because of the gases released from its decomposing substance. There are instances when urine that has been absorbed by bushes and clay gets remoistened and ammonia gas is released in the process. Do you know the impact this gas has on the environment?

Ammonia gas has a negative effect on agriculture and biodiversity. It is considered to be one of the core sources of nitrogen pollution. This is in tandem with the well-known nitrogen oxides. This gas has a negative effect on the composition of species as it triggers acidification. To be precise, the toxic generated from ammonia renders plants more vulnerable to drought, frost and pathogens. From a biodiversity standpoint, grassland, forests and heathlands are the most susceptible to the effects of ammonia gas.

There is no direct negative effect of this gas on animals. Indirectly, they also negatively impact animal species that feed on plants. Herbivores that feed on affected greens are likely to suffer from respiratory spasms, rapid suffocation or accumulation of fluid in the lungs which could lead to death in extreme situations. Ammonia is also believed to leave its mark on freshwater ecosystems and likely be toxic to aquatic organisms. Water-based animals with thin skins are more likely to be affected by this toxic gas.

This is an instance of how the reduction in public toilets could lead to urination and defecation in public fields. Inadvertently, this will lead to the discharge of toxic gases that will have a negative impact on biodiversity and agricultural wellbeing at large.