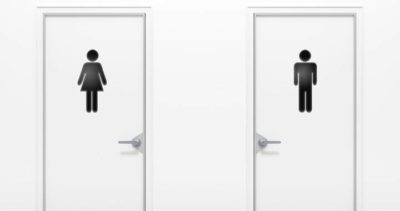 The ideal number of female public loos to men’s?

It is not strange to find a long queue outside the female facilities This usually happens at busy train stations, shopping mall or gender designated portable toilet facility at events. We all run to the closest available facility to empty our bladders or bowels. It is believed that the standard ratio of female to make public toilets in the UK is 1:1. The enormous amount of urinals present in male toilets makes this ratio unattainable.

The report from RSPH sheds light on the closure of some public toilet facilities by local authorities. This has been largely due to budget cuts. The report highlighted the negative impact closure of some public toilet facilities has on the public. As the conversion of toilets to bars or complete shutdown negatively impact the UK public health efforts such as tackling obesity and encouraging an active elderly population.

The closure of some public facilities is expected to contribute to the increased demand for available units and lead to longer queues. Why are there long queues outside female toilets?

Here are some reasons for longer queues outside the female toilet

1) Menstrual cycles in women: By nature, most women who are ovulating have a menstrual cycle once a month. This could contribute to why some women use toilets more in certain periods of the month. Approximately 50% of the female population are believed to be of menstrual age (12-52) and interestingly about a fifth of those are expected to be menstruating at any given period.

2) Interaction of organs with a woman’s bladder: It’s been argued that a reason why women may use the toilet more than men could be that their  bladder pushes against interior parts and leads to discomfort. This pressure then increases the need to use a public or private facility. On the other hand, a man’s bladder has less contact or interaction with objecting parts. This means men experience less pressure and discomfort when compared to women. This is believed by some as a reason for women visiting the toilet more than men.

3) More urinals than stalls: Most public facilities install urinals and stalls in men facilities and only stalls in female facilities. Toilets in Germany are now installing female urinals. This is a trend  that is slowly catching up with the rest of the world.

Based on these reasons, what do you think is the ideal ratio of female to male toilets? Or, will installing urinals in public UK female toilets resolve the issue?