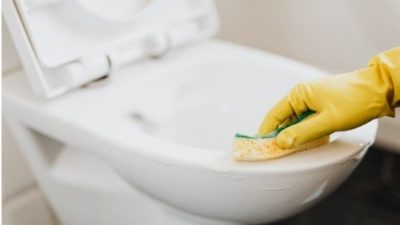 Public toilets are necessary in certain spaces. According to section 20 of the 1976 Local Government Miscellaneous Provisions Act, toilets should be provided if food and drink is being sold for consumption on the premises. In the UK, you’d expect toilets to be provided at your local cafe that seats more than 20 people or at well-known restaurants in the city centre. These toilets are built with varying standard of facilities. Their hygiene levels may different due to traffic levels, management priorities or chance.

We’ve all had both a sweet and sour public toilet experience. Some have been scared by their worst encounter in a public toilet. Let’s briefly touch on the most common reasons why people avoid using public toilets based on a research carried out by Statista.

1) Bad toilet smell: Approximately 61% of the respondents chose the awful toilet smell as the main reason they avoid using public toilets. Sense of smell is crucial in the physiological effect of mood, working capacity and stress levels. Research in electrophysiology revealed that a variety of fragrances had a big impact on brain activities and cognitive function. These are usually measured by electroencephalography. This clearly highlights the power of smell and why a public toilet consumed with foul odour could increase the degree of stress in us and discourage us from using these facilities in the future. Based on the responses, it is the number one reason that puts off users from public facilities.

2) Unclean toilets: The first reason focuses on our sense of smell and why this touches on our sight. Sight serves as one of the five senses and the physical avenue where data from the environment is gathered and transferred to the brain for onward processing. Our eyes are very important even though they weigh about 0.25 ounce. In a public toilet context, our eyes can easily capture an unpleasant sanitary state and transfer it to our brain for processing. The unclean state of public toilets is the second highest reason as to why people are hesitant to use these facilities.

3) Absence of toilet paper: Approximately 49% of respondents are reluctant to use public units due to an experience they’ve had with toilet paper. Imagine completing a number two and suddenly realising there is insufficient or lack of toilet paper to wipe your behind. It could cause panic and discomfort regardless of one’s hygiene tolerance. The onus lies with the cleaning staff and leadership team to ensure even the busiest units are stocked with adequate toilet paper.

4) Faulty lock: It is the fourth main reason for reluctance in using public toilet facilities. The faulty luck experience could be most embarrassing in a gender-neutral setting. Imagine sitting down comfortably to empty your bowel from an overdue waste and the door is suddenly opened by a different user. This will send chills of embarrassment down your spine and could put you off public toilets.

These are the top four reasons that contribute to people’s reluctance to use a public toilet. Other factors revealed in the research include the  cost to use the units, long queues and lack of privacy.