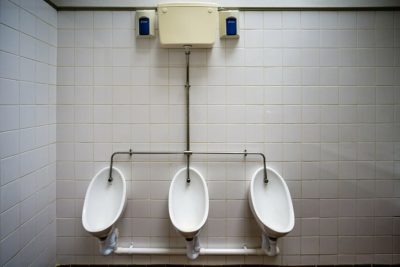 Why do male public toilets smell of urine?

Most public toilets are gender-specific, with clear signs to differentiate men from that of women. The setup of these toilets can be the same for both genders or modified to cater to distinct needs. There is always an urge to compare the hygiene state of both. Several arguments have arisen to suggest why one set of toilets are cleaner than the other. A quick search on Google reveals a handful of forums debating why women toilets are in poorer hygiene state than men. While some other question and answer sites present an open debate that allows contributors to argue for or against the male or female public facilities. Well, back to the topic of this article. Men toilets are generally believed to smell like urine. A visit to your public toilet at your local pub or train station could support this argument. One will expect male public toilets with high footfall to smell more of urine than quieter ones. Why do you think that some men public toilets have a strong urine smell?

These are some of the reasons why the male toilets are likely to smell like urine compared to their female counterparts.