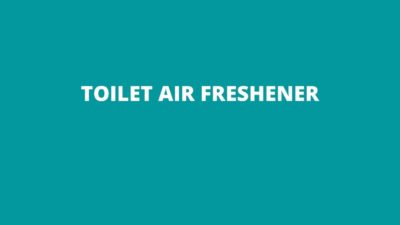 The effects of a silent toilet air freshener

Toilet air fresheners are a blessing to mankind. Imagine a world without this great invention? Using a toilet after a handful of people would have been unbearable for most. We all know the toilet is a designated place for fart, bowel eruption, pee, poop and the entire discharge of human waste.

The toilet can be tagged as the centre for human waste. With this revelation or reminder, an unpleasant smell or odour is expected in the restroom. It’s a room for us to regain some rest from the call of nature and bowel pressure. Air fresheners mitigate or reduce the unpleasant smell we discharge either intentionally or not.

We’ve previously published a blog that looked into the reasons for using the air freshener before or after completing our business. Some of you will prefer spraying before use; that is if you met the facility in an obnoxious state. Others will be more concerned with how they leave the unit. People address the smell in a public toilet from different methods. An odour removing candle is an option adopted by some and others may employ a bamboo charcoal bag to trap the odours. The air freshener is a popular choice for combating odour in toilet facilities.

You will be spoilt for choice when purchasing an air freshener. With a plethora of brands, a variety of aroma and an assortment of ingredients, experimenting is a good way to start. Most air fresheners will make a sound when you spray them. A few are designed to generate less sound than others. We call those ‘silent toilet air fresheners.’ They are a beauty for those avoiding the sound and the conclusions people will make of them. We will look at some assumptions that are likely to be made when someone close by hears the toilet air freshener going off.

The perception and assumptions of the toilet air fresheners

In all, the silent air freshener is so powerful in skewing the assumptions of users waiting to use the facility after you. When these users fail to hear the sound of a toilet spray, they might conclude it is unavailable or your poop is golden and has no smell at all. The silent toilet spray leaves users guessing.