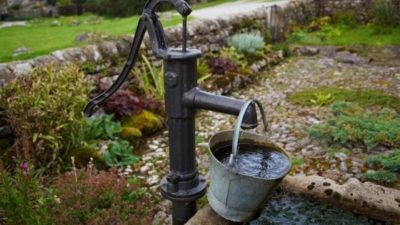 When a bucket supports the cistern during a toilet flush

In advanced or modern societies, standard private or public toilet always have a cistern or dual buttons. These are used to send running water out of the tank to erode the bowl from every human waste. The water is released with enough force that is expected to combat any resistance from any type of poop. You’ll expect one or a few rounds of flush to be enough to do the job. In the majority of the cases, a strong toilet flush should be too strong for the most resilient of poops. What do you do when the faeces still stares at you smiling after a few determined flushes? Do you give up and allow the next user to figure out a way? Or, intimating the cleaning staff in a public facility of a faulty flush? Could it be down to your diet, medication or simply a poor flush? It is hard to pinpoint the exact reason for this embarrassing situation. It is easier to address this situation when using a private facility than their public counterparts.

Buckets are usually manufactured from food-grade polypropylene(PP), which is a light and sturdy plastic that is quite versatile in use. Some plastic buckets are ideal for storing pastes, paints and powders. In some emerging economies, they are used for fetching water from the local stream or communal tap system. Afterwards, buckets are used to store water for future use or during a bath. They are useful around the globe and are conventionally designed in a round shape. You can also find buckets in square and rectangular form. It is believed space conscious individuals are likely to opt for the square and rectangular designs.

The role of plastic buckets in modern toilets

We’ve explored several use cases of buckets in an earlier section. You might be of the opinion that these plastic containers known as buckets have no place in contemporary toilets. Toilets are built with functional cisterns or double flush buttons that should trigger the rush of water for toilet bowls. If this is your line of thought, you are not wrong or unreasonable.

Below are two instances that warrant assistance from the water bucket:

Hard Stools: Plastic buckets have a role to play when a normal flushing system is unable to send your poop into oblivion. In cases of hard stools, a standard flushing system may experience a hard time clearing the bowl. Hardened poops are usually caused by dehydration, low intake of fibre, lack of exercise, medications, some form of constipation or an Irritable Bowel Syndrome (IBS). When confronted, with a relentless waste, supporting the flush with some pour down from a bucket can prove worthwhile.

Poor Flush: We’ve covered weak flush in a previous article and this can invite the need for a bucket of water. A weak flushing system could be as a result of low water levels in the tank, clogged waste pipe, problems with the plumbing vent system or a blocked jet flush system.

Using a bucket to assist an existing toilet flushing system is a necessity in certain circumstances. Here are some things to know when implementing this hack.

Buckets are quite useful in a variety of domestic tasks. Its place in a toilet as a support flush object is noteworthy.