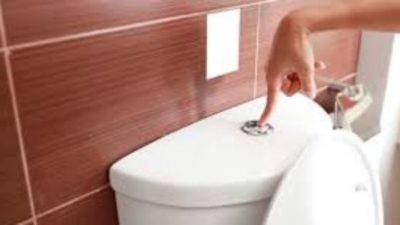 Who is to blame when multiple toilet flush is required?

We live in a world where some take ownership of results – failure or success! On the other end of the spectrum are those who have a selective level of judgement. When the outcome is positive they take ownership and when it is negative someone else is to blame. The first group of individuals can be referred to as the owners whilst the latter can be viewed as the blamers. In life, it is easy to smile and point to one’s self when a goal is achieved or exceeded. It takes a high degree of awareness and honesty to point the fingers to ourselves when we fall short or incredibly below expectation.

When using private or public toilets, we can subconsciously extend our owners or blamers habits. This usually shows up when it comes to our departure moment. I don’t mean departing from the airport lounge. Do you understand what departure I am referring to in this context? Flushing the toilet is a moment of reality – pass or fail? Not as serious as sitting for the final university paper or dream job assessment project. I am hoping your goal is to leave the toilet bowl better than you met it. Or, at least as good as you found it. This is assuming the previous user had some hygiene moral compass guiding their toilet usage. The state of the toilet bowl is important in determining the state and vibe of the facility.

You’ve emptied your bowel and are feeling lighter than an ice cream container lead. It is time to flush and you are hoping it can be wrapped up in one attempt. Almost the feeling one gets after passing the driving test in the first taking. The toilet flush button is pushed and you shut your eyes for a few seconds and reopen to hopefully see a clean bowl smiling back at you. Ohh, one moment! Here is hoping you did not skip the toilet etiquette protocol by flushing without having the toilet lid down. Now, it is not optional to flush with the toilet lid up. Doing so will result in the invasion of the toilet airspace by bacteria and microbes. You don’t want the restroom stall to become an airport runway for influenza, streptococcus, Methicillin-resistant Staphylococcus aureus, E. coli and some other organisms whose names are very hard to pronounce and spell. I mean hard, you get the point? Let’s get back to the narrative.

One round of flush is completed and you lift the toilet lid to assess the situation. You have to check the bowl before leaving the facility. Failing to do so, risks having the next user being greeted by your faecal remains. You don’t want that to happen, right? You’ve checked and there are remains in the bowl and it takes a few more rounds of flushes and maybe an extra help from the toilet brush to ensure things are clean. You can either blame a week toilet flush and admit that it might be the sticky nature of your poo. Or, it was a hard unit that was resistant and too stubborn to the toilet flush. Regardless, it is always best to take ownership than blame other things like the toilet flush in this situation.